I’m the CEO of a company called HoloLab Inc. which is specialized in the HoloLens app development. The date of establishment was January 18, 2017 which is the day when HoloLens was launched in Japan. Even now, everyone celebrates together with us at the anniversary community event on Jan 18 of every year.

My life has dramatically changed twice in the past 10 years. The first wave happened with Microsoft Kinect in 2011 when I was a Windows app developer (Win32), which shifted me into the world of sensors and computer vision. The second wave was Microsoft HoloLens in 2016, which motivated me to establish my own company. I'm very grateful to Alex Kipman.

We started a community at the same time of founding the company. Amazingly, 80 community members brought their own HoloLens at the first launch party event in 2017 even though it was right after HoloLens was launched in Japan. 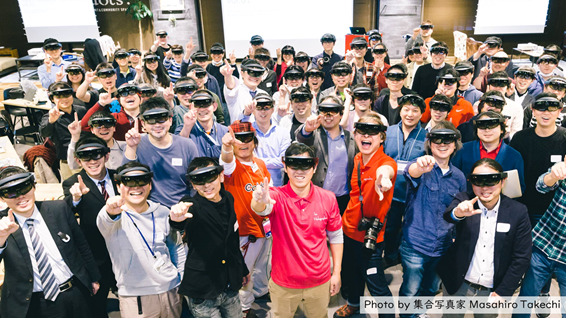 As four years passed by, community and business significantly grown in Japan. Our community hosted the first local Mixed Reality Dev Days outside of the United States and successfully got together with many developers virtually. Alex Kipman gave a keynote speech, and we had diverse sessions from introduction to community and business situation, HoloLens app development fundamentals, Azure Mixed Reality services, to Azure Kinect DK use cases. Some English session archives are available here.

Regarding business, COVID-19 has restricted travel and forced us to put up with it. We must continue business activities under such a situation, and the people who work under this restriction is placing high expectation on HoloLens. As Satya Nadella said, “We’ve seen two years’ worth of digital transformation in two months,” I’m really feeling it from my own experience. In particular, the remote assistance applications, such as Dynamics 365 Remote Assist, are attracting attention from the second half of 2020 since COVID-19 restricts going out and employees unable going to factories and other sites. Therefore, we have started building a system which the person can support them remotely through information via onsite staff’s HoloLens. In Japan, we were in the process of digitization from a medium- to long-term perspective, so we are conducting many demonstration experiments since before COVID-19. One specific example is that the working population is decreasing in Japan due to the declining birth rate, and the elders reach the retirement age. Those factors prevent passing on skills and makes business difficult to survive. Passing on skills often takes a long time, but I’d like to fulfill that in less time using HoloLens.

Toyota Motor Corp. deployed HoloLens 2 to dealers for the operation in 2020. It was the remarkable case study in Japan and the global pioneer as the example for actual operation. It has changed the awareness of HoloLens that it is not the future device but the device which is useful for real business. 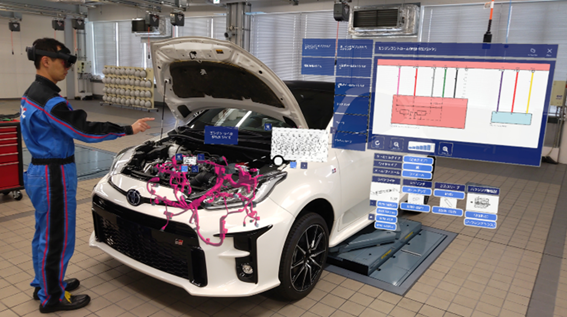 My mission in 2021 is that we create more actual operation cases and increase the number of scenes where HoloLens helps our customers.